We did a presentation at [Choke2014] (http://choke2014.tumblr.com) organised by Piet De Lombaerde on February 6, 2014. We (Frederik De Bleser, Lieven Menschaert and Lucas Nijs) made what we called a “SelfieBot”, a drawing machine that would draw your selfie in about 5 to 10 minutes. People, young and old, apparently loved the way the “artist” relentlessly draws everybody’s portrait, even in the color they wanted.

At the right side some of the results.

Based on Masterclass by Giorgio Olivero

In January Giorgio Olivero form [TODO] (http://www.todo.to.it) one of our partners at EMRG came to do a masterclass at the St Lucas University College of Art and Design. Students learned how to make a drawing robot with an Arduino, a motor shield, some stepper motors, some fishwire, a wall and a pen. As soon as students give some photo material there will be a post about this too. When Lieven and myself came back from the workshop at Aalto University we had to quickly come up with an idea for the Choke conference. We picked up an Arduino left from the masterclass, added an easel, an idea, some software et voila!

Elhaji Sall, for adaptations to easel and canvas 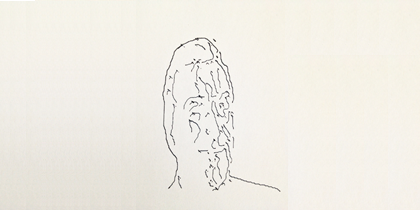 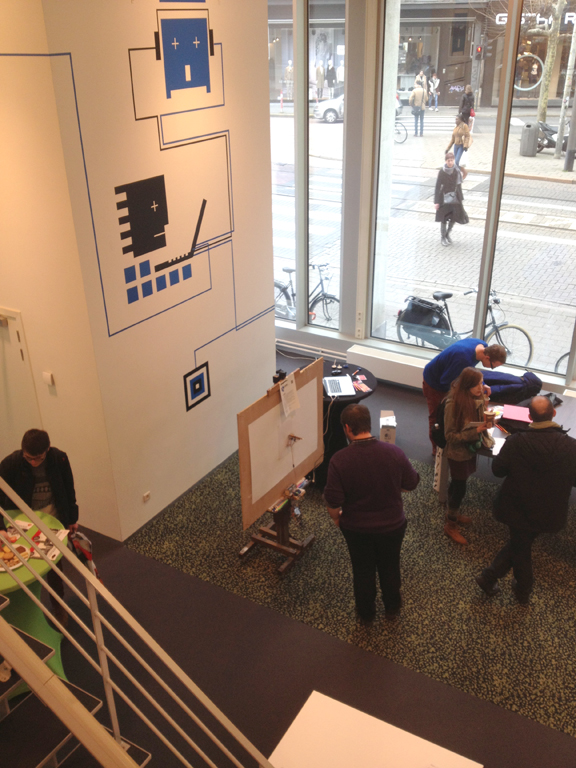 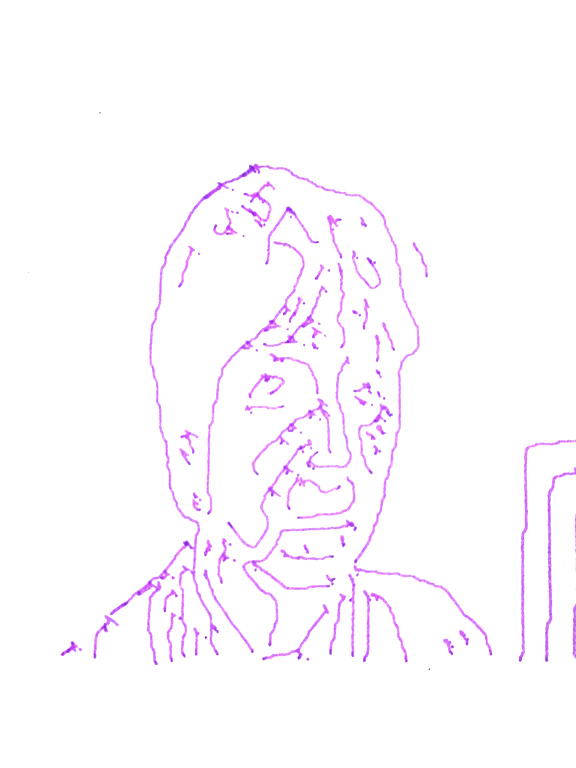 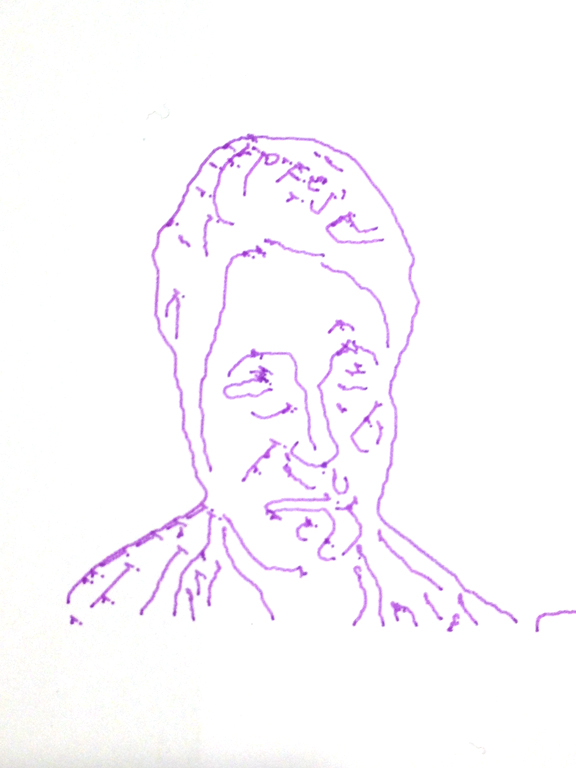 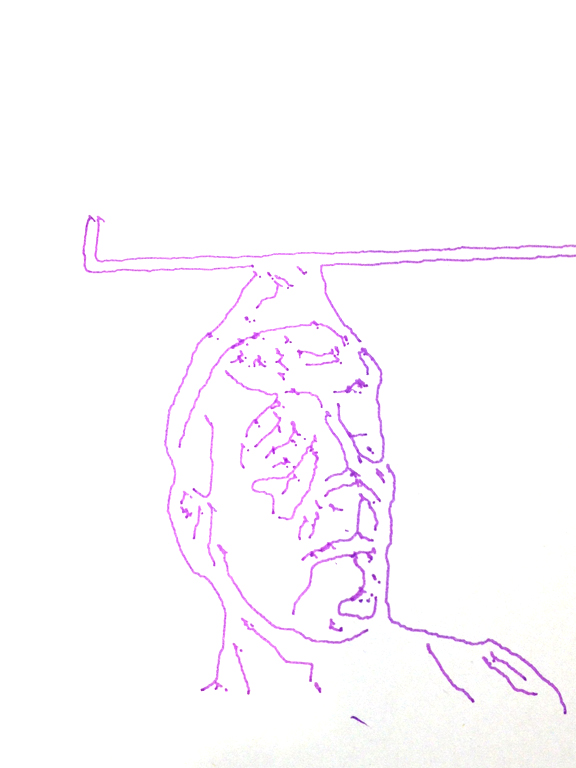 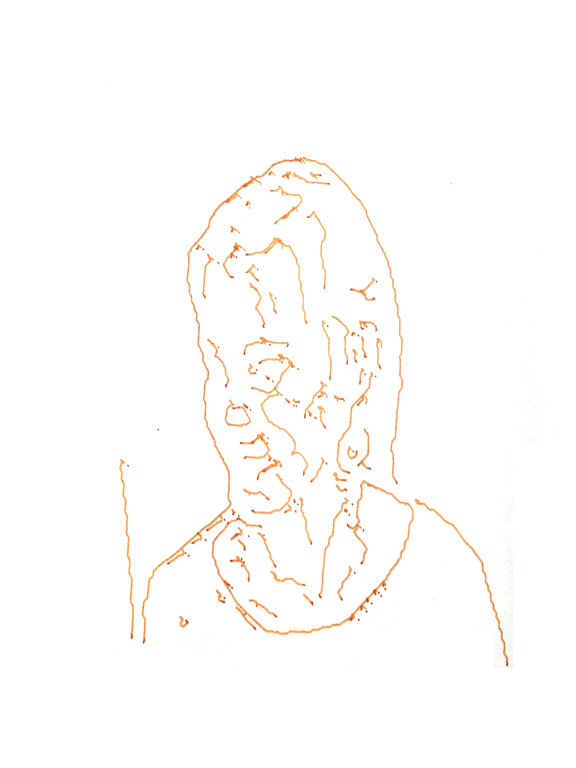 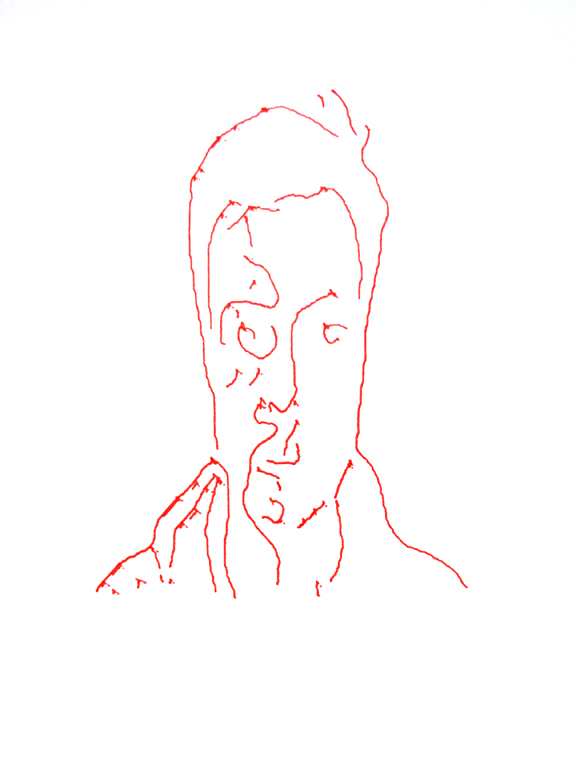 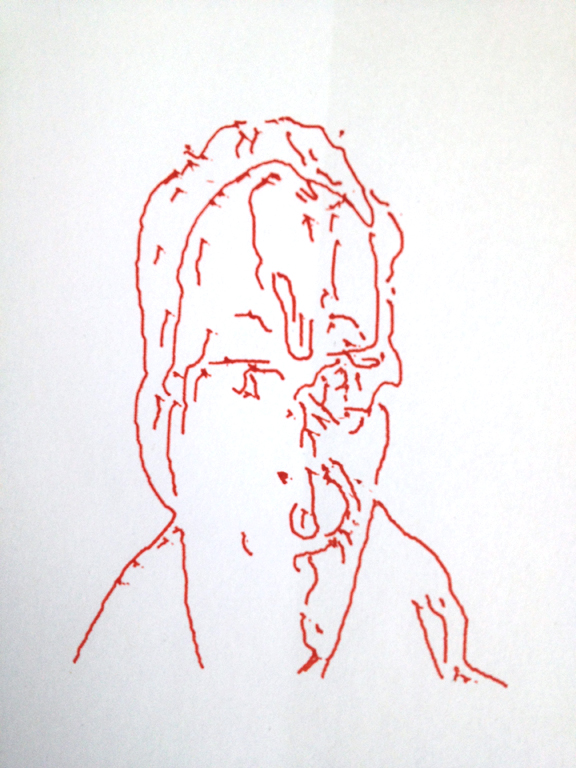 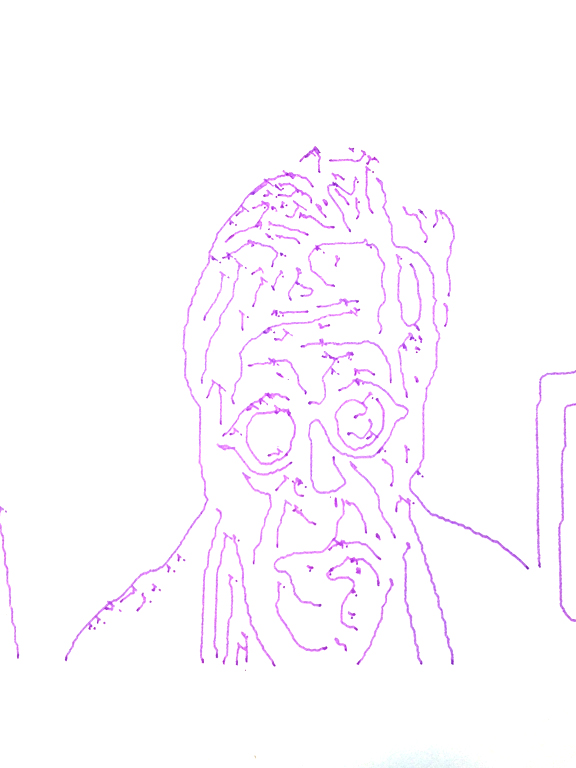 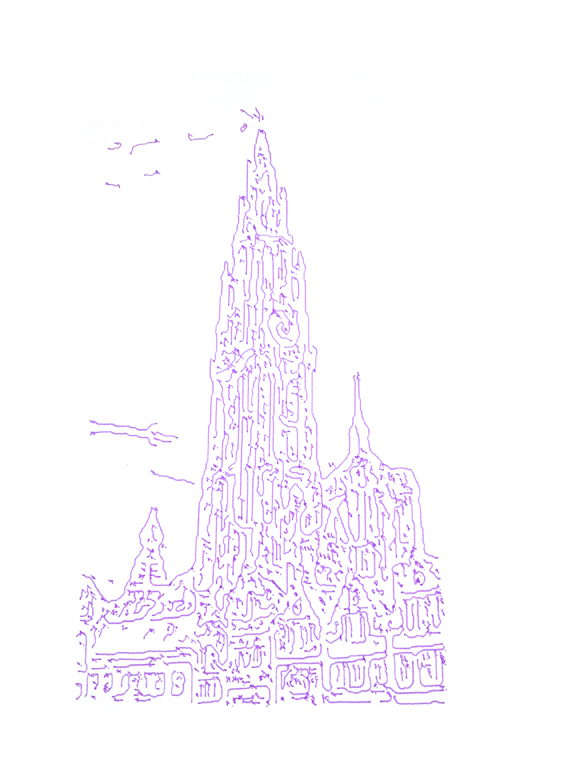