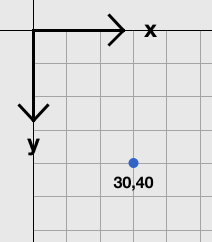 The origin is the center of the canvas, point 0,0. All objects in NodeBox are centered around the origin. You can show the origin in the viewer pane by checking the “Origin” box at the top.

When you create a new shape in NodeBox, it will be centered on the origin. As an example, let’s create a rectangle. In the viewer, turn the origin on. Note that if we drag the width or height, the object stays centered: 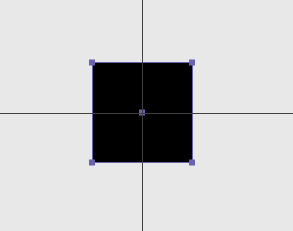 The origin is an important concept because it underlies the functionality of many nodes.

Node that transform a shape, such as the rotate node, use the origin as their center point by default:

Note that the rectangle doesn’t rotate around its center – it rotates around the origin: 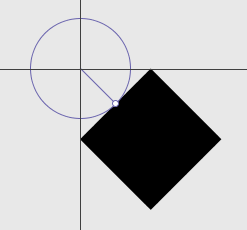 The same happens in the scale node, although the effect there is much less notable.

Try to be aware where your objects are in relation to the origin. This makes manipulations further in the network easier.