NodeBox works with vector data. Unlike pixels, vector data can be scaled up indefinitely, always resulting in sharp lines: 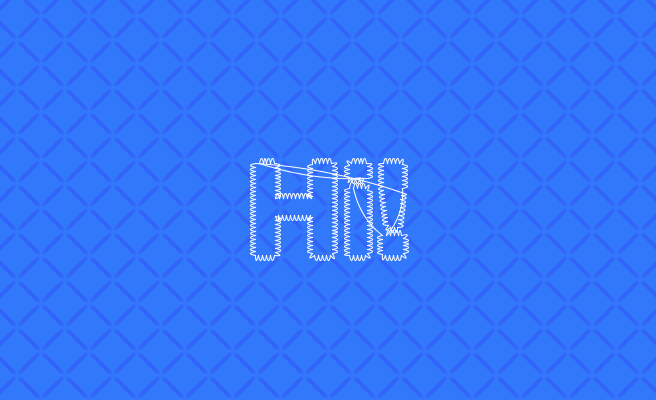 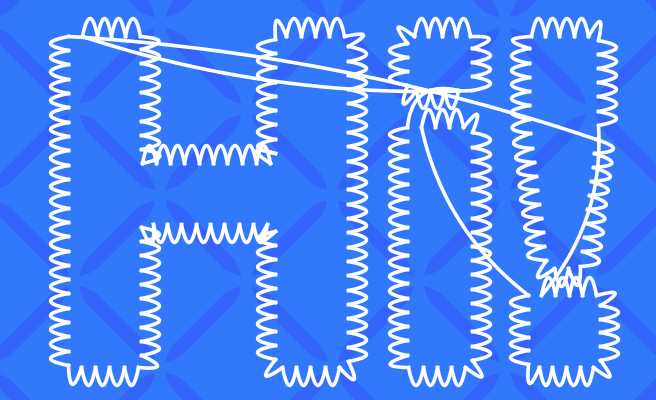 The viewer, zoomed in.

Vector data in NodeBox contains the following types of objects:

A lot of nodes can operate on paths, contours or points. Here’s an example with the wiggle node:

Change the scope in the wiggle node:

Points in a path have an ordering defined by their index. You can see these indices by turning “Point Numbers” on in the viewer. 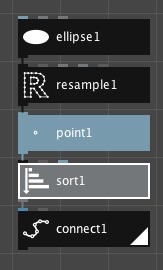 The viewer now shows this:

What happened? The connect node connects points of the incoming geometry, in order. By changing the order of the points (using the sort node), the shape changes. The points no longer follow the circle in a clockwise direction but are sorted by their X coordinates, in other words, points are sorted from left to right.

By playing with different sort orders you can get some interesting results. Try “Distance To Point” and dragging the point handle in the viewer. Changing the ellipse to a text path and see what you can come up with (you might want to increase the text size and the number of points in resample).