Randomness in NodeBox is not really random. It produces pseudo-random values controlled by an initialization value called the seed.

This is actually very useful. As a designer, you might pick a certain random variation that you think looks good. It wouldn’t make much sense if NodeBox would change the output when you reopen the document. The seed gives us a way of creating variation without giving up control.

Everywhere a NodeBox node uses a random value, it provides a seed parameter for you. Nodes such as the pick node, random numbers node and wiggle node will always produce the same result for the same seed. 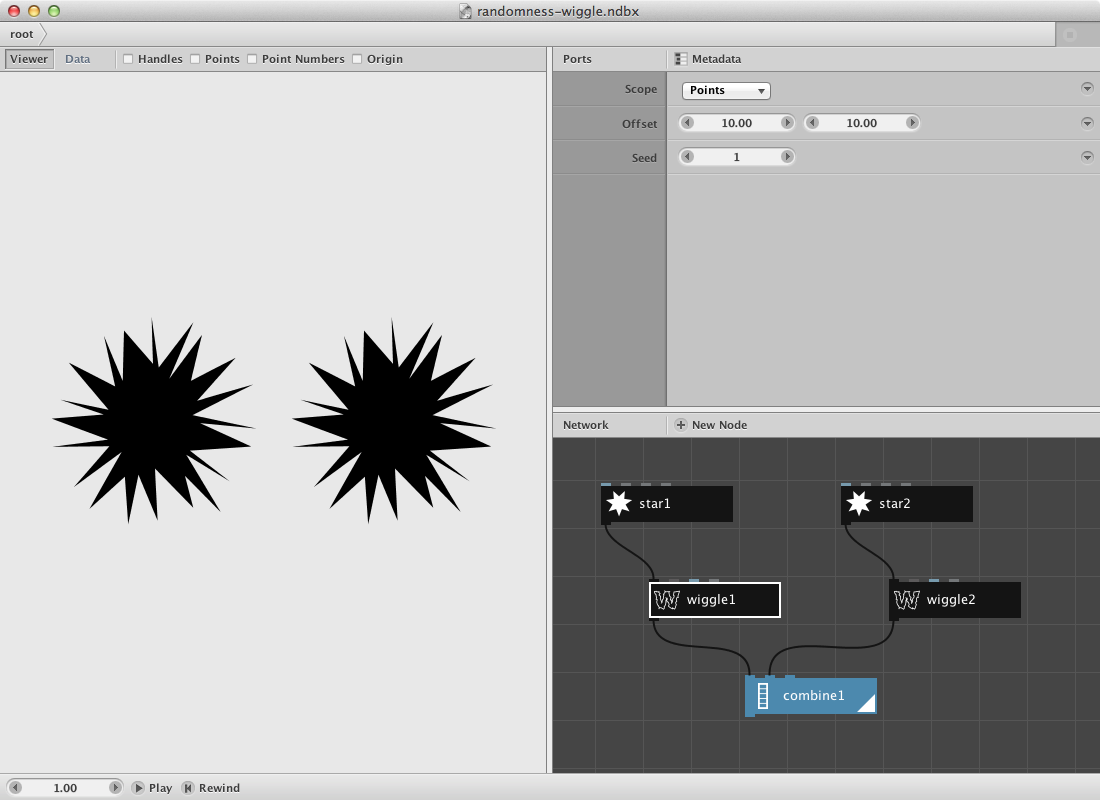 In wiggle2, change the seed to 2. Note that the two stars now look different.

The actual number of the seed is unimportant. Seed 10 is not “more random” than seed 1. See it as the index number of a certain variation.